Happy Friday, all! This week I have for you something very simple that I came up with on my own to fulfill a personal need – CEREAL! Adam shared with me the idea of crushing up two brown rice cakes to make cereal. I use unsweetened almond milk, cinnamon, and Splenda to jazz it up. While I have done this now and again, I had a little trouble getting the pieces the size I want. I have heard of Rice Krispies made with brown rice, but they seem difficult to find and insanely expensive to purchase. Then I stumbled upon puffed brown rice and wondered if I could make them crispy by toasting them in a skillet – I could! 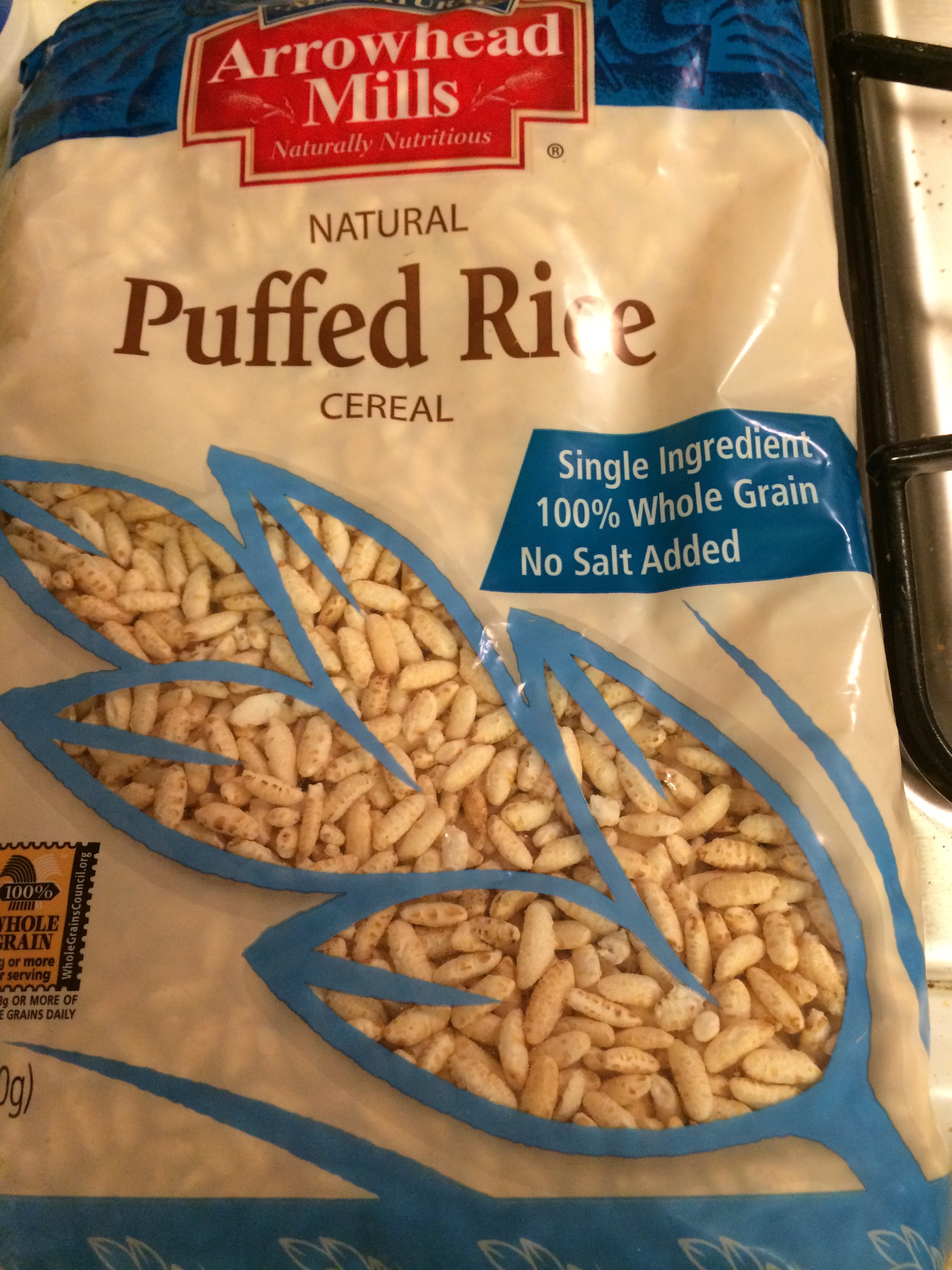 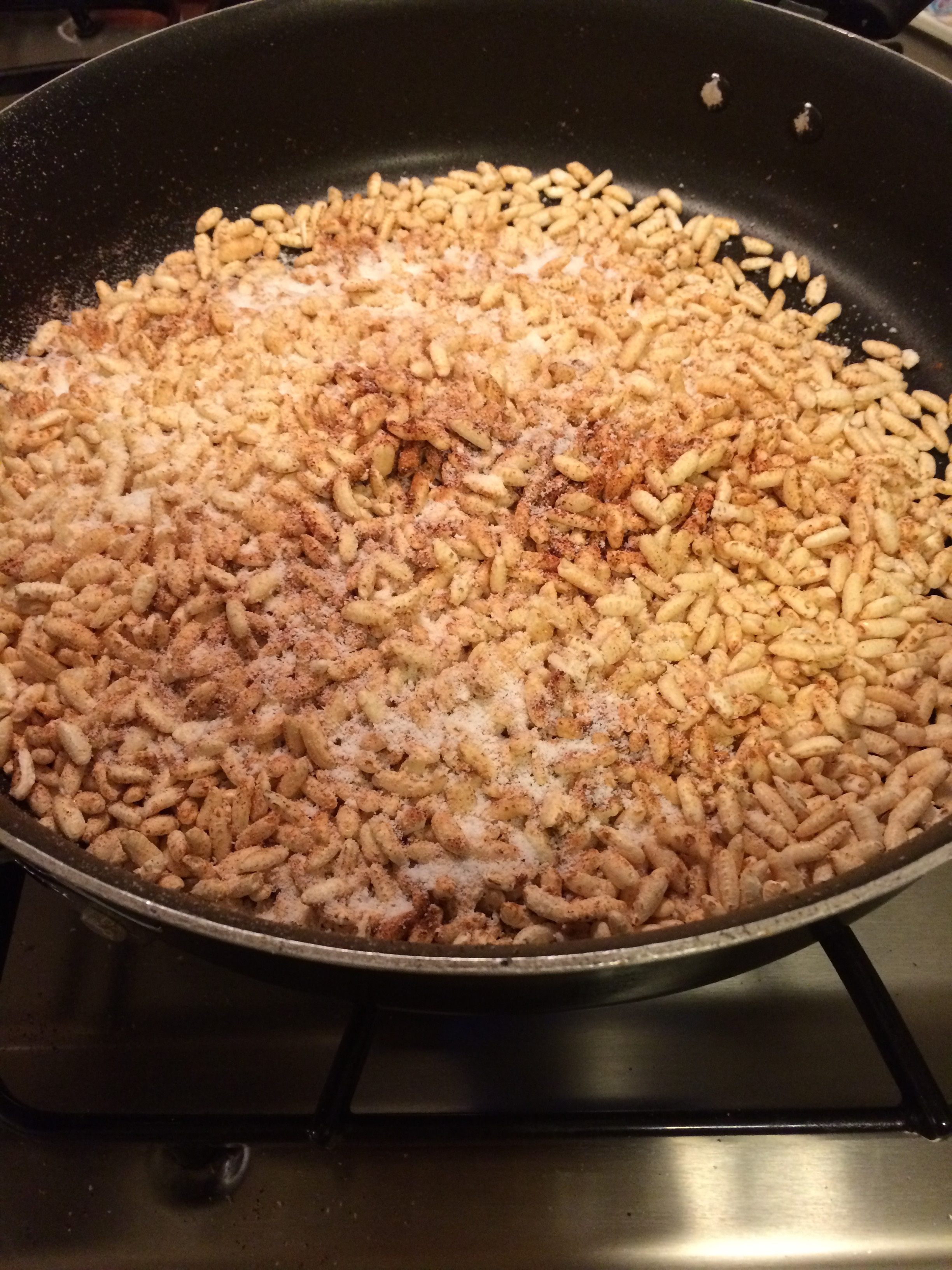 Pretty easy ingredients list, huh? Heat a large skillet on medium. I like to spray the pan, pour in a layer of puffed brown rice, and spritz the top of the rice. My thought is that the spray helps the cinnamon/Splenda stick. Sometimes I toast the rice plain and add the toppings later in the bowl, which also minimizes clean up further. Toast the cereal, tossing and stirring. Keep an eye on this to avoid burning and occasionally pick out one piece to test texture until it reaches the desired crispiness. This generally takes 3-5 min. When done, let cool on the counter then pour into a storage container and repeat with as much cereal as you’d like to make. Store in an airtight container.

1 cup of this cereal = 1 carb. Most recently, I just made the whole bag in 3-4 small batches in a large skillet. It only makes sense to toast the whole bag so leftovers don’t possibly get stale and to save yourself the time of setting up the process again. I DO love to cook in bulk! The results filled my tall, narrow plastic container (as seen in the photo) with almost exactly one more cup left, so I ate that as a carb dessert after dinner! On L2’s two-carb meal, you could have a big 2-cup bowl of cereal or sub some/all of one serving for fruit (e.g. 1 ½ cup cereal and ¼ cup berries). 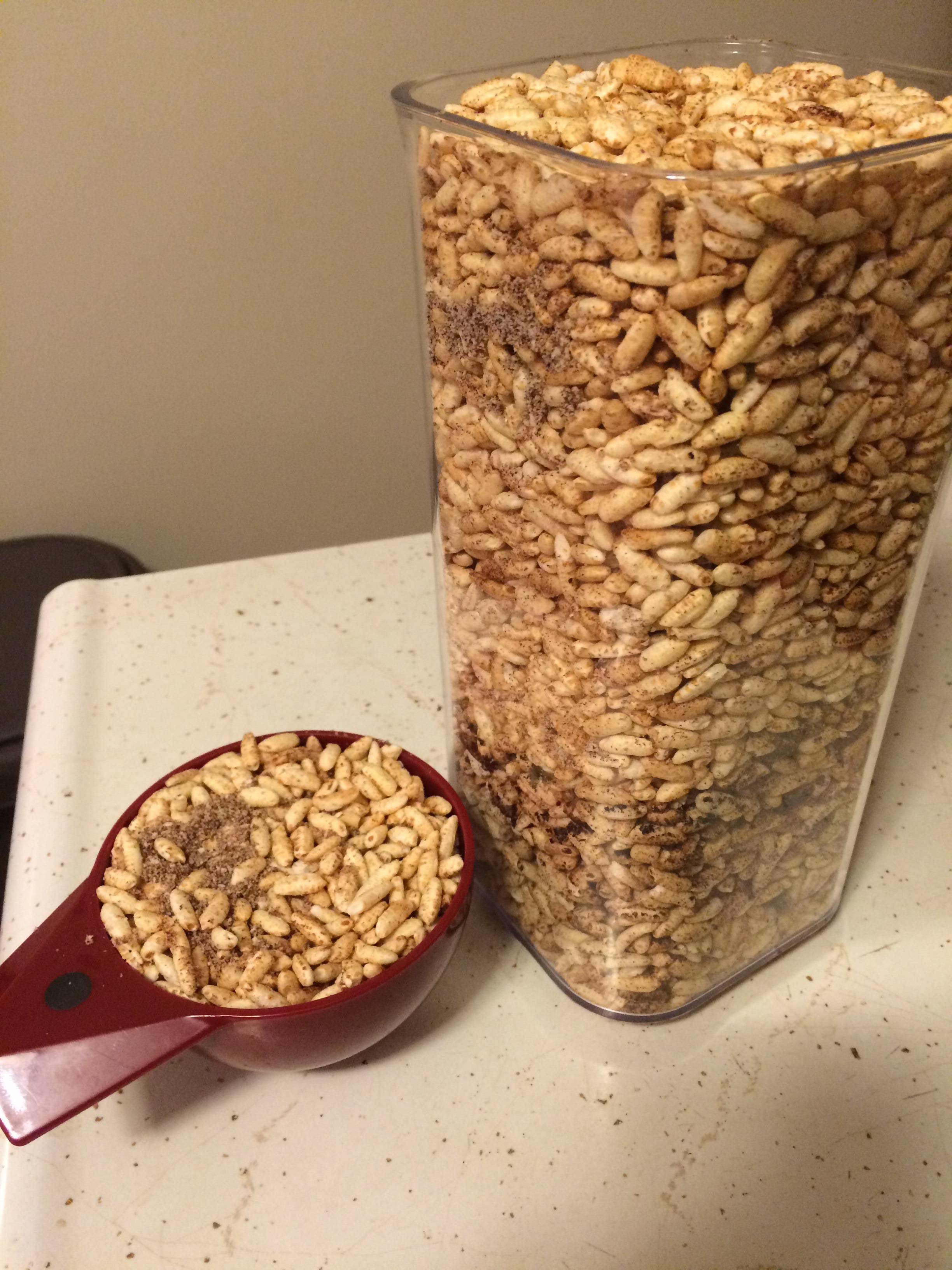 Get creative in the kitchen Meltdowners – just because something you want doesn’t easily come ready made doesn’t mean it’s impossible or even difficult to make yourself! Try this cereal asap for a quick and easy standard breakfast staple that fits our clean eating bill! Feast toasty, feast crispy, and as always…FEAST ON!!!

(P.S. I don’t know how I never noticed this before but this last time I made it, I swear it “snapped, crackled, and popped”! I don’t know if it will do it as I work through the batch and it gets a bit older but that freshly toasted bowl was pretty chatty. Check it out!)